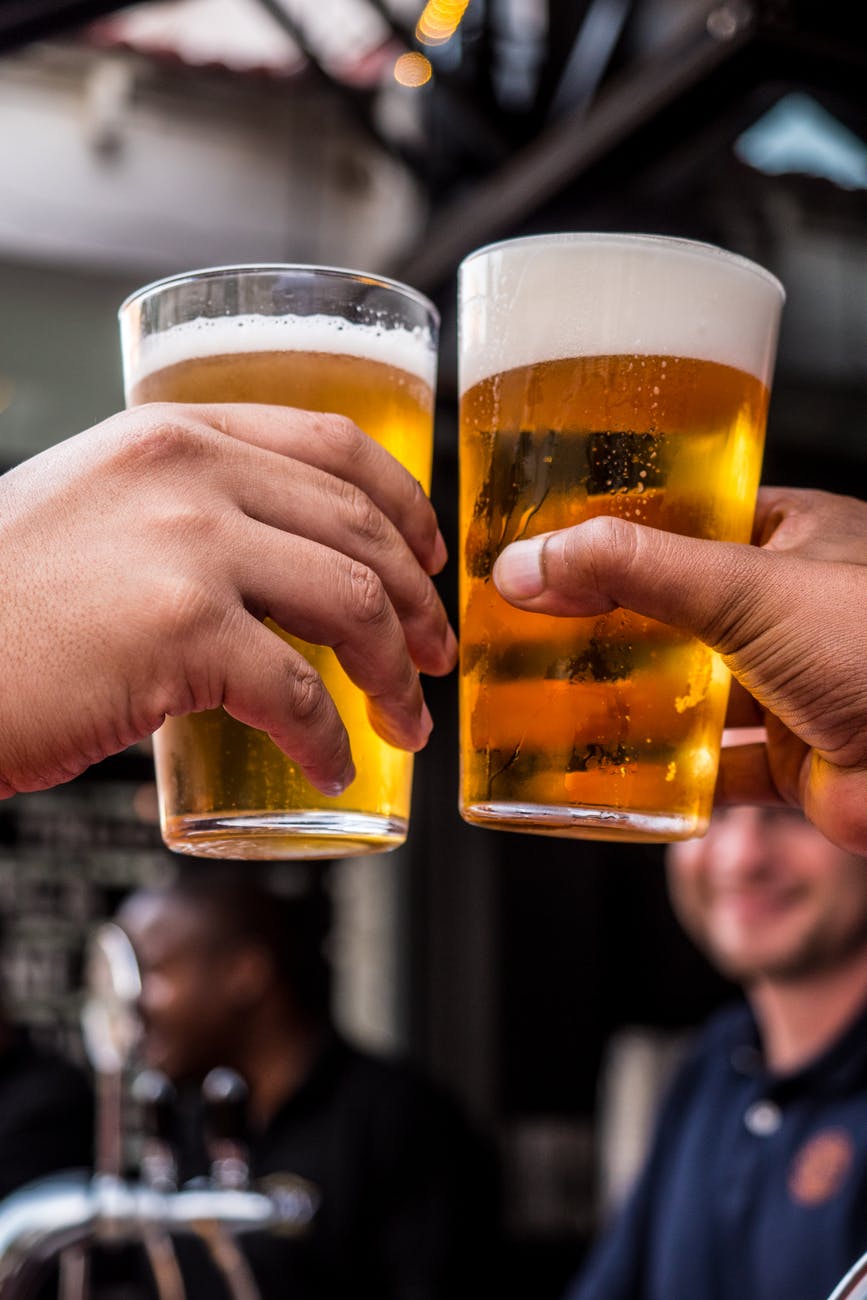 We all know that alcohol is bad for health. Despite that, a lot of us still enjoy it on ocasions. Unfortunately some of us don’t know how to “enjoy” it and every time they drink, they binge.

This post is all about the alchol, are there any health benefits? What to drink on different occasions? What to choose when you’re dieting? And some old-school quotes from the strongest athelets from previous century.

Does it offer any health benefits?
You might have heared that a glass of wine 2-3 times per week is good for your heart. Or that alcohol helps to fall asleep and calm down. Or that beer is a great isotonic.

What does beer offer?

Well, depending on the beer it will give you around 3%-6% of alcohol and roughly 90% of water, some carbohydrates and on average 140-150kcal per small can (330ml). And keeping in mind that it is not common to stop after just one can the calories can quickly stack up, leading to fat gain. Beer also contains some trace elements such as sodium, zinc, copper, magnesium, selenium and accordingly to some scientific literature is a good source of aluminium. Also, beer is a source of B vitamins (mostly thanks to fermentation) flavonoids and polyphenols which are both good for you.
Overall it doesn’t seem that bad, especially when adding the fact that it has been shown to have some potential cardiovascular health benefits.
The two main downfalls of that beverages would be the relative ease of consuming it that can lead to calorie and alcohol overdose as well as the fact that some data reports beer to raise estrogen levels and cause T drop.

Wine is definitely percived as more elegant and healthier option if not the healthiest option of alcoholic drink. Wine has a higher alchol content when compared to beer. But it is also a source of phenolic compounds and resveratrol which is sometimes sold as a recovery boosting suplement. Wine offers a wide range of health benefits, mostly because of it’s high antioxidant content. It lowers blood pressure, helps with muscle relaxation and improves lipid and carbohadrytes metabolism. Which makes earn its position as one of the healthiest alcoholic beverages. As for the calorie content it varies depending on the product, on average it has around 90kcal per every 100ml. The darker it is the more health benefits it offers. So go for red if you can.

These have the highest amounts of alcohol and therefore can be quite caloricly dense. The purer the spirit the faster the alcohol hits you meaning the faster you feel it’s effects. They are not a good source of vitamins minerals or any antioxidants. The good bit about spirits is the fact that you may not like the taste which can lead to overall lower consumption of alcohol. However, taking into consideration that they are usually consumed with a juice, coke or other mixers they are probably the least health and fitness friednly source of alcohol to consume.

What should you choose on a party?
Depends on the party, but if know you want to drink go with wine, if you’re just meeting with friends in the pub go for lager as it has a lower amount of sugars but try not to order five of them. Finaly if you’re going to just get drunk then probably vodka is your best choice. Just drink water alongside with it -this will make the next day easier on you. And try not to mix different alcohol types!

long story short beer is the least calorie dense, 2nd is wine and spirits are most calorie dense when consumed in the same amount. So remeber about portion control when drinking.

Old school wisdom
Finaly if you’re interested in what old-school strongmen used to say about alchol there you have it.
I remeber reading that the father of bodybuilding- Eugen Sandow “enjoyed beer and wine on ocasions” but he stayed away from any kind of spirits. Saxon brothers were also big fans of beer, however as strong as they were they did not have physiques that I am personly interested in. Some others atheletes from that era did not consume alcohol at all.